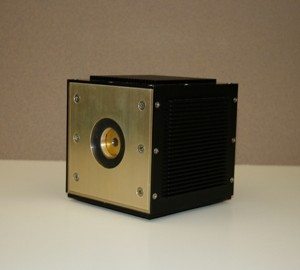 Boeing Directed Energy Systems and wholly owned Boeing subsidiary Spectrolab have jointly developed the camera using their own research and development funding, and successfully tested it over the past two years by attaching it to mobile ground platforms and a Boeing AH-6 Little Bird helicopter. Equipped with advanced sensors that were developed by the Massachusetts Institute of Technology’s Lincoln Laboratory and transferred to Boeing under a teaming arrangement, the cube-shaped camera is one-third the size and uses one-tenth the power of most comparable 3-D imaging cameras.

“Our three-dimensional camera fits a lot of capability into a small package,” said Nasser Karam, vice president of Advanced Technology Products at Spectrolab. “Its compact design and modest power needs will allow it to be deployed on a wide range of platforms, including unmanned aerial and ground vehicles that don’t have much room or power to spare.”

The camera, which Boeing can customize for each customer, has many potential uses, including mapping terrain, tracking targets and seeing through foliage. To create a 3-D image, the camera fires a short pulse of laser light, then measures the pulse’s flight time to determine how far away each part of the camera’s field of view is.

Boeing is currently integrating the camera into compact 3-D imaging payloads on unmanned aerial vehicles and will be testing that capability this spring. The team will also add 3-D video capability to the camera soon to complement its existing still-image capability.

A unit of The Boeing Company, Boeing Defense, Space & Security is one of the world’s largest defense, space and security businesses specializing in innovative and capabilities-driven customer solutions, and the world’s largest and most versatile manufacturer of military aircraft. Headquartered in St. Louis, Boeing Defense, Space & Security is a $34 billion business with 68,000 employees worldwide.