Our industry never comes short in the innovation department. HKS Inc., headquartered in Dallas, Texas, proves this—it’s turned “regular” point clouds into game-engine quality. Here’s the story. And then read on for some amazing display solutions.
HKS, Inc.’s Pat Carmichael, manager of the Advanced Technology Group, began investigating point cloud scans as a way to achieve high-quality as-built information for the company’s architectural geometry applications used for schematic design (most often Revit). The team realized many benefits using laser scan data, including the ability to obtain data not manually possible, draw while acquiring field data, gain highly accurate data comparable to total station data, and to collect immense amounts of data in rapid time. Point clouds are the bread and butter of rapid model acquisition, Carmichael said in his presentation at SPAR 2009.
HKS scan data captured from subcontractors’ scanners are used in HKS’ home-grown product called BIMMIT, an evolving spin-off product from their real-time game-engine product ARCHengine that has been in development for more than 10 years and that which enhances Revit models. BIMMIT is usually coupled with HKS’ proprietary ARCHengine for real-time display of the resulting 3D BIMMIT/Revit models, which can be between 8 million to 30 million polygons depending on their use on a laptop or desktop.
To illustrate the awesomeness of this melding, consider the W hotel in Dallas. The final model of the pre-constructed hotel designed by HKS was used to show city officials how the hotel’s sight lines would affect the downtown skyline so valued by the city. It was also used to sell out the associated condos prior to construction, as developers could take prospective buyers virtually up to their windows to show the views from their units. This same concept was used for the Ritz-Carlton twin towers in downtown Dallas; the presentation helped to pre-sell approximately 85% of the Phase One units in about six months—even in this down market, Carmichael said.
HKS used aerial lidar from the city to set elevations, some of which are photographically textured. HKS also flies with a RED ONE digital camera, which shoots in 4K resolution, whereby they extract high-resolution textures rapidly for application with the aerial lidar geometry. Most of the building models come out of Revit.
With these incredible design tools, HKS also performed a design review on the seating in the new American Airlines sports arena. HKS showed staff, team owners and other investors how seats would articulate and rise for a hockey or basketball arena and specifically how they would affect viewlines. On the new Dallas Cowboys Stadium in Arlington, Texas, HKS took the collected field scan data, structural data and drawing data—and all site views from all 89,000 seats, scoreboards, etc., into ARCHengine. To check the models during construction, HKS used a total station to get information from point to point. In the desktop models of the ARCHengine tools, everything is georeferenced with lat/long/elev, which gives the team dimensional data.
“It’s a serious design tool,” Carmichael said. “It’s a serious communication tool to the clients/users/vendors, all the other suppliers, and a bunch of other people participating in the design process.”
Carmichael says the next version of ARCHengine version 3 will tie individual objects to a reporting structure, in line with 4D business strategies that tie in time, space calculations and scheduling. He said HKS Advanced Technology Group is also working with Intel on the high-end multi-processors to be able to react more quickly to a cluster of cores for simulations.
Those involved in sports stadium, government, military or GSA work will be interested in HKS’ Advanced Technology Group solutions.
To see an interactive map of the seats in the new Dallas Stadium with panoramic images generated from ARCHengine, click tohttp://www.dallascowboys.com/tickets/newstadiumInteractiveMaps.cfm

Zebra Imaging, Inc., provider of holographic display technologies, has taken visualization of LiDAR and laser scan data sets to a new level. Users in the geospatial, AEC, automotive, medical, oil & gas, military and other arenas can view a topographical data set in full parallax, full color and without any glasses or goggles. “Seeing LiDAR and laser scanned data volumetrically expands its utility and value,” said Michael Klug, Zebra’s CTO, at this year’s SPAR 2009. Government and commercial uses seem endless.
Zebra’s solution graduates a physical display to digital holography by reconstructing a 3D image in space using film-based displays and illumination. The 12-year-old company founded by graduates of the Massachusetts Institute of Technology’s Media Lab has cut its teeth by aiding the military and law enforcement with displays that assist planning and after-action efforts, situational awareness and training.
It’s pretty cool stuff—a far, FAR cry from the hologram stickers I collected as a little girl. Klug describes the process as being more like burning data to a disc rather than a printing process. From a pair of GeoTiffs (one being a DEM, the other a geotextured map), Zebra’s proprietary Imager burns the pattern into photopolymer film with intersecting laser beams and produces an A1-size (594 × 841 mm) monochrome hologram that can be produced in CAD, GIS, medical imaging, oil & gas, etc., formats in 1-millimeter hogel size—about a pixel. Process time is about three hours. An average A1-size monochrome (green) hologram costs about $2,500. Full color and replication is available, and Klug says high-speed development will be available by Q4. Klug claims Zebra’s solution is similar or lower cost compared to other market alternatives today, and that it is more transportable and usable with full solid parallax 3D.
Zebra has produced more than 6,000 LiDAR-based holographic displays for military use in Iraq and Afghanistan since 2006. The 2×2 ½-foot maps provide warfighters with a common communication tool to get a common operating picture of an area of interest without language or cultural obstacles. Klug said they’re easily transportable and durable and, later, shreddable.
Focus on AEC Market
In the last two years, the company has developed a new product line for the AEC realm. Attention focuses on geospatial context and all phases of design, BIM documentation, and communications and marketing.
Currently, Zebra is defining a styles guide and a CAD tool API plug-in-based interface available from a drop-down menu in Revit, 3DS Max and Google Sketchup (at first, then others). Klug says the creation of a wizard is a bit complicated for Zebra since they render with in-house tools to manage 64,000 to a quarter-million views of a scene within two hours. So, they’ve created a render-quality selection where the user can select a point cloud, a simple-shaded rendition of a data set, a textured data set or a photo-real selection (which customizes the job). Orders are returned in A-frame and horizontal format (each of which delivers different results) and include a lighting component.
The Creation of Dynamic Displays
In 2004, Zebra was sponsored by DARPA to create a program for dynamic 3D displays for interactive graphic-intensive applications.  The dynamic displays would be easy to view, have 360-degree visibility, be electronically updated in real-time, be modular and scalable to 6×6 feet, and offer horizontal, vertical and inclined orientations. To date, they’ve established a 1-meter diagonal prototype modular display of 8-inch square tiles with an image volume that occupies about 1 foot of space. It directly plugs into OpenGL-based applications and updates at 10 Hz. Pilot production and beta phase of this display is expected next year. Klug said any rendering feature a user can see on a 2D screen can be produced in the hologram, including translucency, transparency, reflection, etc. 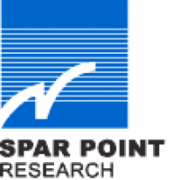 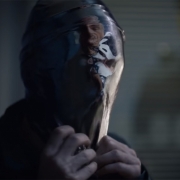 Into the Looking Glass Mask with Marz 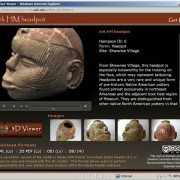 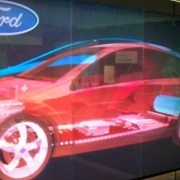