You are here: Home / Portfolio / Under Armour ‘Rule Yourself’ featuring Stephen Curry, Misty... 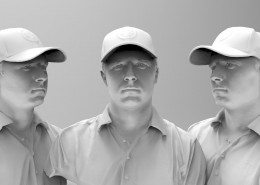 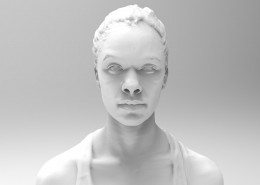 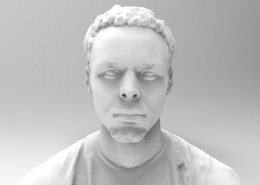 The spot begins with solo shots of each of these sports greats and unfolds into an army of ballet dancers, golfers and basketball players perfecting their game- multiple Stephen Curry’s simultaneously dribble two basketball’s, Jordan Spieth sends thousands of golf balls catapulting into the air and an army of Misty Copeland’s twirl around in one giant circle.

The post production team at The Mill had limited time with the talent. In order to maximize this time on set time, a special five camera array on a horizontal rig was built to shoot each athlete. Each of the talent were shot with five cameras, then moved back five feet from the front 10 times. By shooting 10 takes, the team got 50 shots. The army of Misty’s, Stephen’s and Jordan’s represents the thousands of hours of training that each athlete puts in.

The Mill’s 3D team created CG doubles of each background using Massive, and motion capture to populate each environment with the characters. For the Massive build The Mill’s 3D team did four individual motion captures. The team also went as far as getting full 3D head scans of each athlete on set by Travis Reinke at SCANable, giving the ability to bring the Massive digital doubles closer to camera.

‘Rule Yourself’ is the debut spot in the ‘Rule Yourself’ campaign that will feature a series of other films which will also star New England Patriot’s quarterback Tom Brady.The new Under Armour campaign, under the tagline “Rule Yourself,” focuses on the behind-the-scenes training that goes into world-class performances. The four endorsers star in their own 30- or 15-second commercials; one longer, 60-second commercial features Jordan Spieth, Stephen Curry and Misty Copeland.

SCANable performed 3D scans of Spieth, Copeland and Curry in San Francisco, New York and Dallas which were used to create the “army” of the athletes.