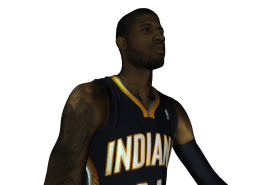 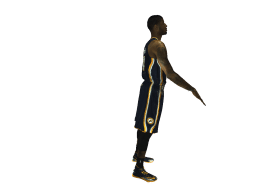 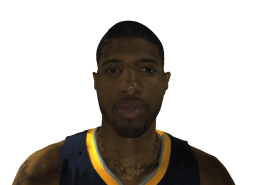 A big year for the Indiana Pacers‘ $80 million man just got bigger. Paul George stars in a new advertising campaign with Gatorade as the sports drink’s latest NBA spokesperson. As ABC News points out, landing this gig is a major coup for George given that his day job is based in one of the league’s smallest markets. However, when considering his fast-paced rise to fame, it should not come as much of a surprise that one of the preeminent brands in the sporting world would be looking to bring the Pacers’ star on board.

For evidence of the Palmdale product’s growing stardom, look no further than the voting results from the past two All-Star games. In 2013, PG finished 10th in the East in backcourt balloting garnering a mere 80,060 votes. One year later, after winning Most Improved Player, being selected to the Third All NBA team, and making it to Game 7 of the Eastern Conference Finals, the Blue and Gold’s budding star’s vote total increased exponentially to 1,211,318 – behind only LeBron James and Kevin Durant.

Of course, PG is not just well-known for his 22 points, 6 rebounds, and nearly 2 steals per game, he has also made a name for himself with his numerous high-flying highlights. Whether it is grounding Birdman, flawlessly executing a 360 windmill, or getting the step on LeBron James, the two-time All-Star has become somewhat of a regular on SportsCenter’s Top 10 plays. Fittingly, ABC News reports that the new advertisement entitled “Slam” will feature George making… ahem… a splashy play.

Gatorade’s description of the video campaign states, “Fierce is bold, intense, and relentless. When fierce athletes like Paul George are at their best, they are unstoppable. Their ferocity flows. Fierce finds a way.” To view the sports drink’s new video featuring PG, hop here.

A bottle of Gatorade Fierce explodes into Paul George running down a basketball court. Blue Gatorade gushes from his body as he dominates the basketball court. He fakes out a guy who is gushing red Gatorade and then goes in for the slam dunk. The slam dunk is good and Paul George screams in victory. “Gatorade Fierce, a more bold intense flavor. Win from within.” The song “Slam” by ONYX plays in the background.