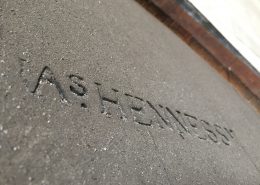 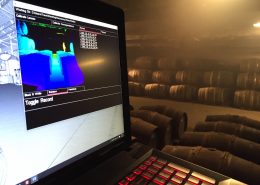 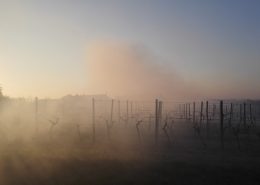 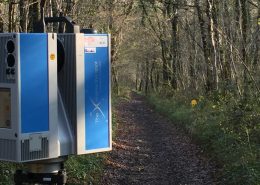 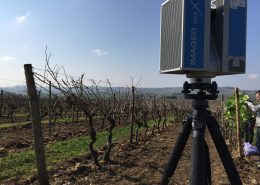 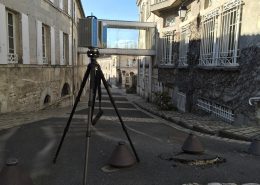 Some of the best marketing embodies the brand promise you’re trying to communicate. This is especially true of well-crafted products, whose advertising had better be well-crafted, too. Droga5 takes that idea to impressive lengths with a new interactive site for Hennessy V.S.O.P Privilège (the agency’s first work for this particular Hennessy brand).

V.S.O.P Privilège is known for its remarkable consistency—it’s precisely the same cognac in every glass and every bottle, year after year—despite myriad variables at play during its creation. So, Droga5 set out to tell this story of creating harmony from chaos through the digital experience.

There’s also a 60-second spot that’s related to the interactive piece (above). We spoke with Droga5 executive interactive producer Justin Durazzo about the site.

AdFreak: Where did the idea come from to do an interactive site like this?
Justin Durazzo: When we first discussed a production approach for this project, we were very inspired about various technological techniques that could tell the story of harmony created from seemingly unrefined elements or components. We riffed on this using a musical soundscape as the basis for it all and building the rest of the experience around it. We explored worlds and ornate, organic visuals comprised of magnetic ferrofluids to help us envision this notion of particles breaking apart and coming together to form the perfect bottle of Hennessy V.S.O.P Privilége. And a rich, immersive website seemed to allow people the most opportunity to be hands on and explore these concepts while also allowing us to bring together live action photography, highly responsive WebGL graphics and dynamic audio that could change as users make different choices. We wanted to make people feel that notion of creating something from nothing or working with the ingredients you have carefully in order to create something complex and special.

There are some crazy technologies here. Can you explain how a few of them work, and do you have a favorite visual effect in the piece?
We employed the use of LiDAR and 3D Kinect scanning, as they all offer us a great deal of depth information with which we could recreate entire environments from Hennessy in Cognac, France. The point clouds created by these capture techniques are also very beautiful when rendered, and it was a look/feel we were aesthetically drawn to. We articulate them further using CG in post-production for film and WebGL for a fluid interactive experience that works seamlessly across most devices and browsers. The integration of all of these advanced technologies was a challenge we imparted upon ourselves in order to metaphorically speak to the challenge and craft of making Hennessy V.S.O.P Privilége.

What’s the relationship between the film and the interactive site? Was one developed before the other, or both concurrently?
They are directly related, complementary and were developed in tandem. All of the film content also lives on the site in some way. The site is a longer format, interactive version of the same story we’re telling in the :60, only it allows people to stop and further explore, play with things and get immediate tactile feedback for each ‘chapter’ in the Hennessy V.S.O.P Privilége production process. It allows you to become the creator so to speak – or at the very least gain a greater appreciation for what the experts at Hennessy in Cognac are doing year after year.

We also spoke via email to Droga5 copywriter Phil Hadad and art director Marybeth Ledesma, who also worked on the campaign.

AdFreak: Hennessy has developed such a rich visual language in its cinematic spots. How does this ad continue that tradition?
Phil Hadad and Marybeth Ledesma: Hennessy has a long history as a luxury brand and it sets the bar for everything we do visually. In this campaign, we’re telling a centuries-old story of mastery and craftsmanship and we wanted to visualize it in a powerful, contemporary way. We also wanted the visual style to reinforce the concept of “Harmony. Mastered from Chaos.” Blending cinematic live-action photography and high-tech video effects seemed like the perfect way to tell that story and swing between notions of chaos and harmony.

Can you describe the narrative of what’s going on in the spot, and how it delivers a message about craftsmanship?
It’s about mastery and the infinite variables that the experts at Hennessy overcome each year to create a cognac that’s completely harmonious and consistent.

In the film and interactive experience, we take the audience to Cognac, France and move through the different stages of the Hennessy V.S.O.P Privilège creation process. We see the vineyards and the weather conditions the winegrowers are up against. We see the complexity of the grapes, the distillation of the wine, the cooper who builds barrels by hand, the cellar where the spirits age, and finally the masters who blend and bring everything together.

The LiDAR and 3-D scans were used to represent the forces of entropy and variation that challenge these craftspeople along the way. But the real story is about how Hennessy overcomes these things through the craft and attention to detail that takes place at every juncture. Seeing that, you start to realize that these are people who live what they do. They’re people with extraordinary skill sets that you can’t find anywhere else in the world, and you begin to understand why Hennessy V.S.O.P Privilège is such a premium spirit.

Which visuals are your favorites?
The opening shot of the vineyards is definitely one of our favorite visuals in the film. Vineyards are usually shown in a sunny, stock image kind of way. But here, we see storm clouds and lightning and an ominousness that sets up the theme of chaos right away.

The LiDAR scan of the distillery is a great visual too. There’s a point in the film where a light sweeps through, highlighting all the copper stills. The distillery has never been portrayed in this way.

We’re also really happy with the scenes from the cooperage, where they make the barrels by hand. The hammering, the flames and the splashing of the barrel perfectly encapsulate the ritual and the craftsmanship that we found at every stage of the Hennessy process.

Can you talk about the voice talent and the director, and what they brought to the table?
We worked with director Ben Tricklebank on the project, who also served as overseer of the interactive site and the entire project. We were filming, capturing 3-D data, scanning locations and separately recording audio of the Hennessy process all simultaneously, so we needed someone whose talents extended beyond just directing. Ben was perfect. Not only does he have an unbelievable eye as a filmmaker but he also understands what makes great interactive and how to keep the larger story in focus. He was so collaborative, so hands-on and filled with ideas throughout the process. Ben, Active Theory and Plan8 were incredible to work with.

We worked with Leslie Odom Jr. for the voiceover. He plays Aaron Burr in Broadway’s Hamilton and is doing about eight shows a week, so the fact that we were able to get him was really incredible. He has a great voice, and his delivery elevated the story with just the right amount of elegance and modern edge. He was amazing. He stepped into the booth and immediately understood what we were going for. We recorded him on the Friday right before the Tony Awards where he won best actor.

Check out the full interactive tour at www.masteredfromchaos.com