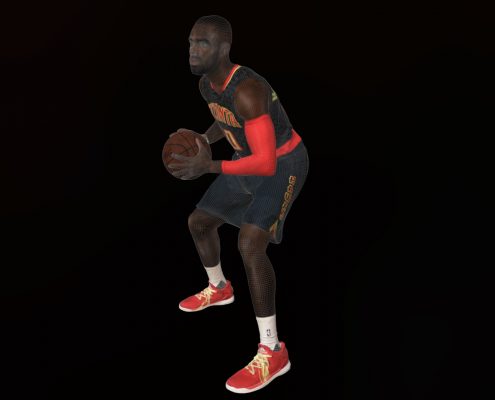 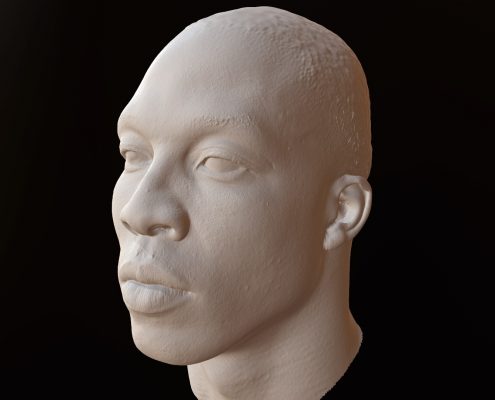 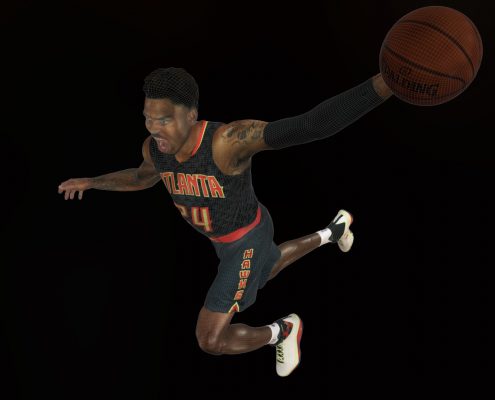 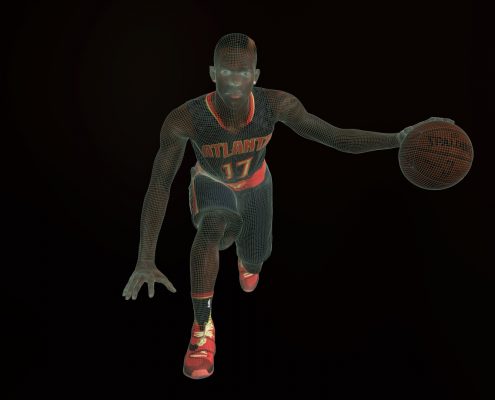 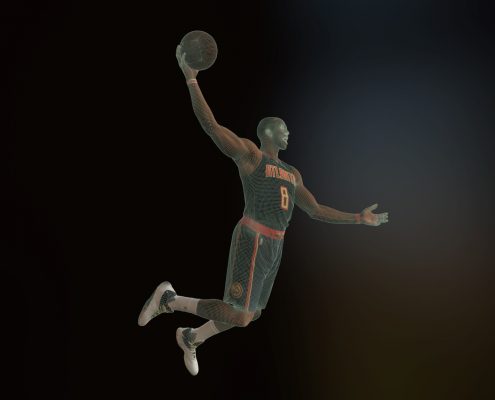 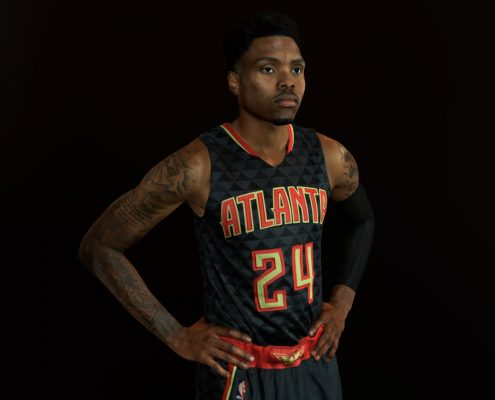 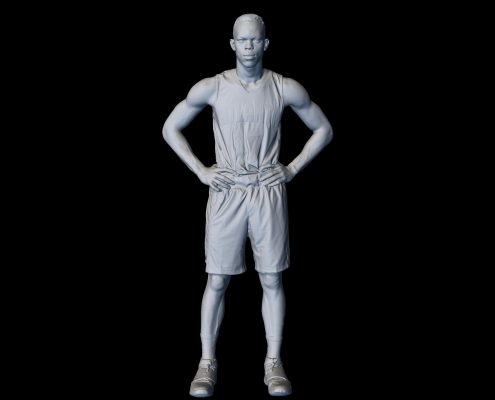 The Atlanta Hawks are the first organization in the NBA to incorporate actual 3D digital double of each player in their 3D court projection intro to each home game for the 2016-2017 season. SCANable worked closely with The Famous Group and director Lauren Fisher to capture 3D scans (cyber-scans) of each of the following players during the Atlanta Hawks press day in Atlanta, Georgio:

SCANable captured “hero” poses of each player and action poses of the starters. The resulting 3D court projection sequence can be seen in the video above. Here is a Behind-the-scenes of the making of this revolutionary experience:

The court is coming alive at today’s Atlanta Hawks basketball games thanks to a new 3D video projection mapping show at the Philips Arena produced by Quince Imaging using Barco’s large-venue projectors. It’s a growing phenomenon, with teams across the NBA and NHL working to incorporate this entertainment technology into their arenas, making for a more unique and dynamic game experience.

CNN recently aired a story which depicts the projection mapping trend occurring in major sports venues across the nation. Quince Imaging is a frontrunner in the movement that promises to give sports fans a great reason to get off their couches and into the arena to enjoy a live event.

Creating the illusion
A total of 8 HDF-W26 26,000 lumen projectors are used to transform the court into a surreal visual feast, featuring a mix of player images, cityscapes and animated graphics. Some of the video is mapped to the keys, 3-point lines, and other grid elements. Layering projection creates the illusion of depth on the floor, with tiles appearing to drop right under the players’ feet. The higher one sits in the arena, the more dimensions they can see while the crowd energy explodes from the floor to the rafters.

What’s next?
The team is looking forward to making their shows more interactive, inviting fans via their cellphones to send photos to the Hawks’ Twitter and Instagram feeds, which are then projected in real time onto the floor “panels” as they come through various social streams for a constantly changing kaleidoscope of fan images.