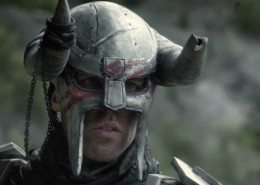 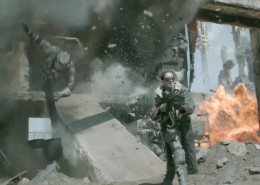 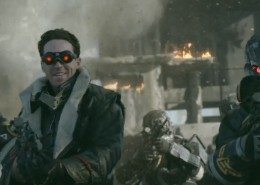 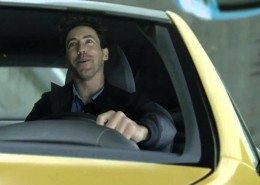 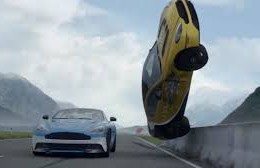 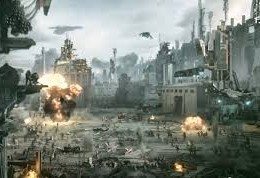 The Mill and BBH’s follow up spot for PlayStation, ‘Perfect Day’ tracks gamers through worlds of sword fighting, car racing, aliens and spaceships blowing each other up as players serenely sing in the style of Lou Reed. Each character is grinning while hacking, shooting and crashing, because there is no place they would rather be than having such an epic experience with friends. The spot is an ode to the greatness that lives in all of us – the greatness that gamers can achieve on PS4. To bring all these elements together from such disparate situations, into one spot, The Mill’s VFX shoot supervisors were brought to the live action shoot in Prague.

Production Company MJZ worked with The Mill’s Gavin Wellsman, 2D Lead, and Joji Tsuruga, 3D Lead who also worked on PlayStation’s previous spot, ‘Greatness Awaits.’  Gavin: “The shoot was every guys dream – fast cars, helicopters, explosions with the backdrop of amazing locations that we had in Prague. The creative on this spot was a winner from the start and I’m sure the PlayStation fans will be excited to see it. Our methodology for ‘Drive Club’ was spot on shooting similar less expensive stunt cars for tracking and stunts. This gave us excellent reference for how the cars would bend and buckle when hitting a concrete barrier.” Joji on creating the final long shot, “Our biggest challenge was the end shot. We originally planned to add CG elements to the live action plate, but after examining the footage, we decided to do a full CG rebuild. Using LiDAR scans from set, we were able to recreate an extremely accurate layout of the environment.”

Once back in the office, Gavin worked closely with Director Van Heijningen “I’m positive that his daily involvement throughout the post process really made a great difference in the end result. The launch is a big deal and the new console really sells itself but how much fun was it to create such a great spot! The post work had an incredible range of effects and the team on the project had an equally impressive range of skills and talent. This is the type of project that only comes around once in a blue moon and will be an instant hit with the fans.”

Provided equipment, training and support to The Mill’s field team and performed the registration of all of the scans, modeling of the environments and assets including the racetrack, stunt vehicles (plus tracking markers) and the buildings and terrain seen in the final scene. The point cloud data was used for camera tracking. The terrain models were used for proper lighting calculations and visual effects and the stunt vehicle models were used for CG Aston Martin replacement.