You are here: Home / Portfolio / Turtle Wax – Break Out “Free the Soul” 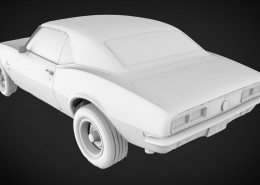 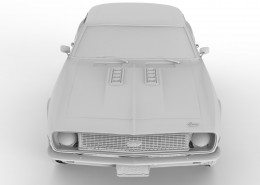 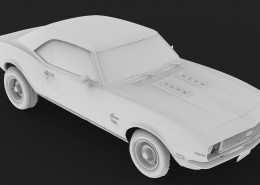 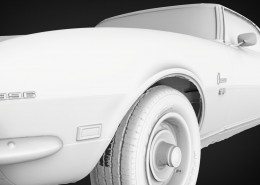 SCANable performed a 3D scan of the 1969 Chevrolet Camaro SS seen in the new Turtle Wax commercial and images in their banner advertisements on the TurtleWax.com website. This video is being launched in conjunction with the movie “Furious 7” of the “Fast and Furious” franchise. The video will also be played in previews during movie theater showings.

From The Chicago Tribune:

Turtle Wax is headed to the big screen.

The iconic Chicago-based car care products company is rolling out a new commercial Friday that will premier with the opening of “Furious 7” at more than 2,000 movie theaters across the country.

The campaign, developed by Chicago-based advertising agency O’Keefe, Reinhard & Paul, features a leather-clad woman breaking a vintage green Camaro out of a collectible car museum and roaring onto the open road. The spot’s tagline is “protect the body, free the soul.”

Originally targeted for an April launch on television and online, the decision to target the car enthusiasts flocking to “Furious 7,” the latest entry in the “Fast and Furious” movie franchise, was inspired by the cinematic feel of the commercial, according to Turtle Wax Chief Marketing Officer Sandy Kolkey.

“When we found out that ‘Furious 7’ was due to debut at the beginning of April, it was just the stars aligning for us,” said Kolkey, 54, a former Leo Burnett executive who joined Turtle Wax six months ago.

The Turtle Wax ads will appear just before the coming attractions, Kolkey said. The two-week big screen campaign is a first for the company.

Family-owned Turtle Wax was founded in Chicago by Ben Hirsch, who whipped up the first batch of liquid auto polish in his bathtub in the late 1930s. It is the leading seller of car wash and wax products in the U.S., and markets to 90 countries worldwide, the company said.

Kolkey declined to disclose the company’s annual revenue but said the car care products category as a whole has been flat in recent years. He is hoping the new campaign for Turtle Wax Ice, the company’s latest offering, will kick-start sales for the brand.

Turtle Wax is tripling its ad budget this year, Kolkey said. The commercial will move quickly from theaters to television on Saturday. One of its first TV showings will be during the Chicago Cubs opening game Sunday night against the St. Louis Cardinals, which airs nationally on ESPN2.

Kolkey said the company is investing 10 percent of its annual ad budget into the short theatrical run, hoping the tie-in with “Furious 7” will broaden the Turtle Wax base to a younger car enthusiast.

“It certainly reaches our core, but it’s also going to reach beyond that to this next generation of car lovers,” Kolkey said.

Performed a 3D scan of the 1968 Chevrolet Camaro SS seen in the new Turtle Wax commercial and images in their banner advertisements on the TurtleWax.com website. This video is being launched in conjunction with the movie “Furious 7” of the “Fast and Furious” franchise.